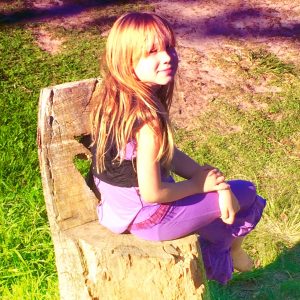 What age do you think kids should stop ‘dobbing’ and handle it themselves?

I’ve had a few experiences lately where my daughter has come home from school and told me how some of her friends were dobbing on her other friends for various reasons. One was because they found out one of their ‘friends’ was wearing makeup, when they weren’t supposed to at school. Another time was when a letter was handed to some girls, explaining how some of the other girls feelings were being hurt and that they weren’t sure they could keep being friends because of it, this letter was handed to a teacher.

For me, I think Grade 6 is too old for boys or girls to be dobbing on their friends and peers, unless there is an extreme health or safety issue present. To me, this dobbing is handing over their power to an outside authority instead of taking an opportunity to learn the skills they need to, to communicate effectively, problem solve and compassionately find resolutions amongst themselves.

From what I can see, this dobbing has been creating separation and I wonder if this is the age where girls are being conditioned to start policing each other’s choices, like what clothes they wear, how they do their hair, or how they express themselves. Just at the age when girls are wanting to explore who they are and what they like, separate from their families and friends, their peers are forcing them to conform or suppress parts of themselves that they are ready to share with the world, or suffer the consequences of unnecessary intervention and/or punishment by teachers or parents.

From piercings, to hair ties, to makeup, as far as I am concerned a person has the right to choose how they want to look and not have to conform to societies limited standards. To me, this is the age where we should be teaching girls how to have complete autonomy over their bodies, so that they know they are in charge of what happens to it and when and how.

Don’t get me wrong, I am all for discussing things in depth with my daughter, supporting her needs, challenging some of her choices and reframing some of the stories that she may have running about herself, other people and situations. However more and more I need to trust in her growing maturity to make the right choices for herself. I don’t want to be choosing her friends, or culling people I think I don’t like because of some random school story she brings home. I don’t need to get involved in school dramas that die down almost as soon as they flare up. I don’t want to be judging other girls who are learning and maturing and dealing with hormones on top of all that. I don’t want to be judging other mothers because their children may be expressing inappropriately as they find the right way forward for themselves.

This is such an extreme learning time for my girl, as she tries to leave behind a childish way of interacting and relating with others and yet doesn’t quite yet have the capacity to maintain maturity in the face of the many triggers and issues that arise. I’m 40 years old and even I don’t always have the maturity I would like, to deal with every situation that comes to me and so we both practice compassion as we weave this new picture in my daughters coming of age…

What do you think?

Kahuna Massage Specialist * Civil Marriage Celebrant * Shamanic Practitioner * Rites of Passage Facilitator Shekinah Leigh runs her own business on the Gold Coast providing Kahuna Bodywork, Sacred Ceremonies, Shamanic Energy Healing and Rites of Passage programs. Integrating her chosen paths of Hawaiian Shamanism, Native American Medicine Teachings and the Ancient Yogic Traditions, Shekinah holds a strong and safe space for transformation & healing to take place at a deep & cellular level. “I have learned that it can be through embracing our darkest nights and greatest fears that we experience our greatest gifts…”

What a Marriage Celebrant does!

Massage Is Vital To Your Health & Well-being!